I’m currently writing this post from a wonderfully sunny St Ives in Cornwall, but before I go on to boast about the glorious weather, I’m going to rewind to last week, and a cold and faintly snowy London.

Last Thursday, India and I headed up to South Ken to see the event we’d been anticipating for months on end: Foals at the Albert Hall. We last saw them in the grubby, chilly, small Concorde 2 in Brighton, and were fascinated as to how they’d translate to such a different venue. If you’ve never seen the band live, I urge you to get tickets for whatever you can lay your hands on. Foals are phenomenal live, and I say that without the slightest bit of exaggeration.

After a rather pleasing support slot from Efterklang, the laser lighting kicked in, the smoke machine pumped up to full volume, and the band made their way on stage. Most of the set came from their new album, Holy Fire, interspersed with crowd-pleasers such as Total Life Forever and Spanish Sahara. When Foals play, something almost transcendental happens to the audience. I looked around the crowd, seeing people transported by the music, these huge guitar riffs and echoing vocals punching the walls of the Albert Hall.

After about half an hour, India and I grew frustrated at being in a seated area, and our attempts at chair dancing weren’t really cutting it, so we clambered down to the front of the tiered section in a haze of dance-driven urgency. We spent the rest of the gig waving about like idiots, watching the mosh pit from on high, and feeling the waves of sound on our faces. Due to our (over)enthusiasm, we got pulled aside at the end of the gig to give a short interview about Foals for the Albert Hall. After hoarsely repeating the word ‘epic’ several times, we were on our way to Soho.

In Soho, we picked up Frankie, who took us to a new discovery: The Soho Social Club. I almost don’t want to talk about it, because it was so ace that I don’t want anyone else to know it’s there, but what the heck. It’s essentially one room on the corner of a dark, tucked away Soho street, and contains a few small tables and one long banqueting table. The walls are stacked with books and framed black and white photos with a heavy S&M emphasis. The cocktail menu is brief but carefully curated, and the staff charming.

When we got there, Frankie was greeted heartily by an old dear in a fur hat and large earrings who perched, regally, at the very end of the long table. ‘Oh hello love’, she said, ‘it’s been ages since I saw you, hasn’t it?’ They chattered away for a little while, before Frankie turned to us and said she’d never seen the woman before in her life…But I’ve overlooked the very best part of TSSC: the dogs. Yes, dogs. Four squiggly balls of fluff scattered around the room, enjoying the attention of the delighted customers, and I took quite a shine to a sweet French bulldog called Modesty.

From there, we dashed to The Diner for stacked burgers, baskets of fries and Cherry Cokes before crossing the river to the BFI, just in time for my beloved Adam Buxton and the start of BUG. If you’ve never been, BUG is a bi-monthly (last time I checked) showcase for new and interesting music videos, which Adam hosts. Not only is it a fantastic way of discovering new bands, but Adam also reads out YouTube comments on the videos, and gives his own commentary, which is hugely entertaining.

Bit of a skim through Thursday, but I’ll be back soon with posts about Cornwall, and showing off about the sunshine. Ta ra for now. 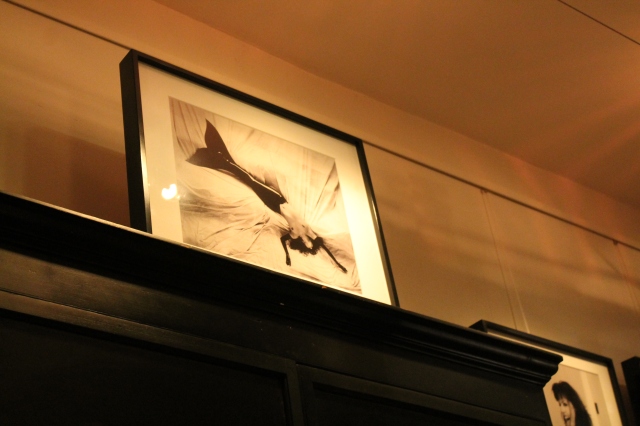 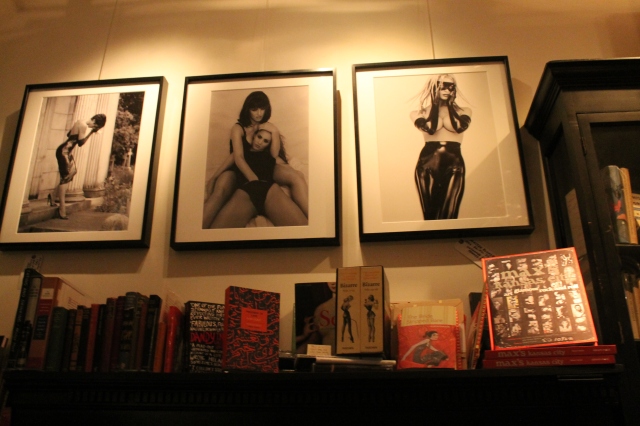 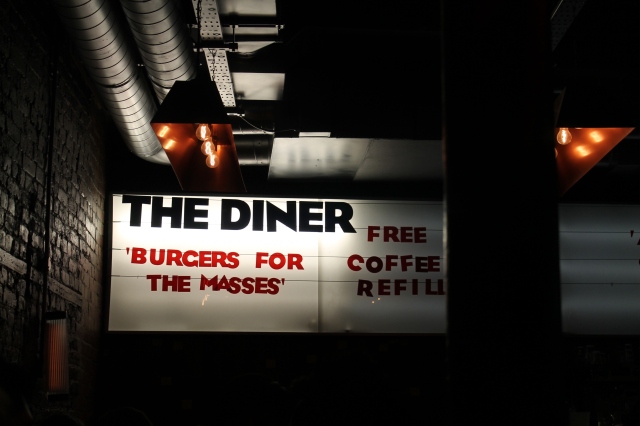