I finally settled down this morning to read the February edition of Vogue. I must have been about two pages in when I noticed something a little strange. ‘This is weird’, I muttered to myself, like some crazy old lady who keeps Vogues instead of cats, ‘very, very strange’.

Because, dear reader, I was convinced I’d picked up some kind of Frankensteined Vogue, composed of old editions. I was sure it wasn’t new. It was the Gucci ad first; models with blackened eyes, draped in cigarette pants and Midas touched-black – a classic look for the design house. I flicked the page. Louis Vuitton now, a spread of see-through bags clutched by pristine, fifties-esque models. But this was triggering a memory too – yes, the infamous Louis Vuitton ‘nurses’ in sheer coats, gliding sinisterly down the catwalks, back in 2008.

It was alarming, to say the least. I felt like Ebenezer, visited by the spirits of fashions past, present, and future. Except there wasn’t really a future, we were just looking back. Tremulously, I turned a few more pages. Dolce & Gabbana, straight back to the floral prints, black lace, and corseted bodices that have been such a trademark of the brand. I kept reading, feeling enjoyably like I was a teenager again, flicking through my first Vogue. This was fun! Sort of like a ‘Greatest Hits’.

Enough of the ads, I told myself. I want to see an editorial. I moved to ‘Spring Forward’, a round-up of prestigious pieces and key looks from an array of designers. Some names were new (Meadham Kirchhoff), and some not so – Dior. There on the page were some slim 7/8th pants, styled with a boat neck collarless jacket. Vogue had popped a crisp white shirt under it, and styled it on a model with a short fringe, instantly giving us a classic, clean late 50s Dior look. The Dolce floral prints continued, then a sequinned tweed Chanel dress. Ralph Lauren was represented by a cream tennis dress.

‘Christ’, I thought. ‘I’m going to turn the page and see some of that ghastly newspaper print ‘ – and I might well have done, had Mr Galliano not been, ahem, ‘otherwise engaged’. Miu Miu was modish, adorable and slightly clashing prints. Marc Jacobs had brought, to Vuitton, the mod collars and monochrome palette of his mid to late noughties years.

I started to wonder why. It was all very enjoyable, and made me feel safe. Reassured.  I recognised the brands. And perhaps that was exactly what I was supposed to feel. Allow me to explain – there is a general belief amongst certain writers and thinkers that we are stuck in a cultural ‘freeze’.

Kurt Anderson wrote an essay for Vanity Fair on how we are trapped, stuck since the 1990s in a loop of referencing ourselves, or retro. He argues that, despite the technological leaps and bounds we’ve witnessed, we’re still recreating things from times gone by – a series of playground ‘crazes’, but for grown-ups. We have our iPhones, which Anderson argues looks like a vision of the future from the past:

“People flock by the millions to Apple Stores (1 in 2001, 245 today) not just to buy high-quality devices but to bask and breathe and linger, pilgrims to a grand, hermetic, impeccable temple to style—an uncluttered, glassy, super-sleek style that feels “contemporary” in the sense that Apple stores are like back-on-earth sets for 2001: A Space Odyssey, the early 21st century as it was envisioned in the mid-20th.”

Think about it. We have all this technology at our disposal, and we download apps that recreate Polaroid cameras, or things like ‘Hipstagram’, which is like a retro on-screen fascia for your phone when you take pictures. At the same time, mass production is at an all time high, in both America and the UK. Look at the crumbling state of our high streets. We are all increasingly dressing the same, eating the same, buying the same objets. Almost everyone has a smartphone. Everything is getting cheaper, the mass market and the middle market have become the same, with only the luxury market standing aloof.

Of course, that means a certain homogenisation. We’ve had no ‘grunge’ movement, no sexual revolution, no startlingly new music. Nothing has shaped us as a generation. We are handed everything with the edges smoothed off (including our iPhones.) We have access to everything. There is nothing that has caused part of our generation to branch off and form sub-cultures. They do exist, but they are recreations of things past: look at all the East London hipsters, dressed in trilbies and holding retro cameras. Look at me, clad in my American Apparel body con jersey dress, my clothes from the 80s, my hairstyle straight out of the 60s. 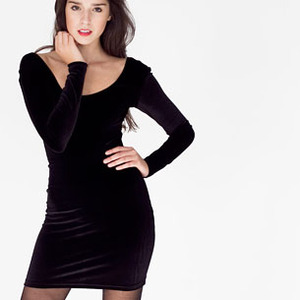 So, perhaps that’s what has started to happen, here on the pages of Vogue. Fashion runs in a loop anyway.  ou know that, say, the star print micro trend from 2006 will make a reappearance (It did, at D&G, last Summer). But has it halted completely at 2011, just a series of re-runs like our TV stations? Old favourites?

I have another theory too, one that sits in line with the economy. The luxury brands are still managing to survive, and perhaps it is by implementing this ‘Greatest Hits’ strategy. When people spend inordinate amounts of money on a Dolce & Gabbana dress, perhaps they want to know that it is Dolce & Gabbana. To have the hallmarks stamped all over it.

It makes logical sense – we are all strapped for cash, why buy a groundbreaking bit of new design,  when we could get it in Topshop for £50? You get the designer, because it looks like the designer. So people can say ‘that’s Gucci, isn’t it?’ And of course, I know design houses will stick to a ‘feel’ throughout design cycles, but this feels different. New innovations have been dulled down. No Gaga-esque freakery has survived for 2012. The houses have been restored.

In a way, I’m enjoying it. Fashion has suddenly become bizarrely free from ‘trends’. At London Fashion Week last year, we saw the Spring/Summer 2012 collections, and most reviewers and writers commented on the ‘anything goes’ vibe of the shows. Pastels? Always a Spring staple, go for it. Navy? If you want. Huge tassels? Definitely. Wear whatever you like.

Isn’t that refreshing? I’m not proposing we all slavishly follow the trends anyway, I know some of you will be lost by this point. I just find it exciting that designers are looking back to the past ten years, and creating a definitive look based on previous hits. Whether it’s because we really are stuck on a cultural loop, or to salvage what business they can in a fracturing economic climate, it’s a phenomenon in itself. I wonder where we’ll go from here? In the meantime, I’ll just keep wearing my 80s clothes, listening to my 80s music, and taking Polaroids on my iPhone.

(Muchos gracias to Google images for the beautiful pics.)